Blogs are internet media channels that have a profound effect on the way information is shared over internet. Recalling the early days, there used to be a time when Blogging was something unknown among Pakistani internet surfers but thanks to social media websites,  Blogging ain’t something fishy, indeed its an art and how could Pakistani’s lag behind someone else when it comes to creativity. It won’t be surprising to know that many of the giant blogs today on the planet internet lay their origins from Pakistan. Pakistan is a land swamped with enormous talent in all walks of life so hunting down a top 10 list was a pretty much daunting task. Anyways I have poured in my all efforts to compile a list of 10 Bloggers in Pakistan whom according to me deserve International Recognition and Exposure for their marvelous work


This Is The Ranking Based Upon
1:Alexa ranking
2:Google Pr
3:Seo-moz status
4:Audience recomendations

Syed Balkhi is a 22 years old passionate blogger who started making several web properties in the year 2006 and back than who would have imagined him becoming one of the most acclaimed professional bloggers on international scene. Today his publications enjoy being an eye candy for many enthusiastic geeks including myself. The journey was not as smooth as it feels rather it contains some serious efforts on Balkhi’s part. Being active and social, Balkhi does not confine his knowledge and experiences to himself rather speaks on latest issues while attending various conferences, events and meetups.

He created WpBeginner.com that gradually turned out to be one of the biggest internet resource for WordPress related issues gaining Google PR7 without intentional link building efforts. That’s not all he owns many micro niche blogs and reviewing his other projects my eyes would definitely stick upon List25.Com another great internet resource.

Historically WpBeginner.com has been one of the most favorite publishers in the eyes of Google supported by the fact, this resource has never suffered a decline in website traffic. The only reason for this kindness by Google is “Never Create Content for Search Engines” rather always create content for the potential audience. This guy sets out an example of natural link building through offering high quality content that we all must follow as Professional Bloggers. Having a quick look at his personal life, Syed Balkhi was born in Karachi Pakistan but his family moved to the USA where he currently resides. Academically he graduated from University of Florida and currently works on his online projects that make him enough money. Through his determination and out of the box approach SYED BALKHI has earned the bragging rights to be called as the “Best Blogger in Pakistan for Year 2012″.

Probably the most successful blogger today in the soils of Pakistan. In 2008 when this young gun from Pakistan launched his technology focused blog RedmondPie.com no body knew that a new era for iPhone Jailbreak Solutions has just been triggered. Today his blog manages to attract over 10 million monthly page views plus he is now one of the very few trusted iPhone Jailbreak Solution Developers over the Internet.

Academically this person is a Graduate in Software Engineering from Bahria University Karachi and apart from Blogging he is proficient in programming languages like C++ and Java. He also own a Software Development Company where he offers customized software and application development solutions to the potential clients. Taimur occupies first runner up spot in our rankings.

Naveed Javaid is another talented Pakistani Blogger hailing from Karachi Pakistan. He launched his blog SmashingApps in 2008 and since than success has fallen his path.

Today his blog is one of the most highly visited blogs in designing niche. Apart from Blogging this person also owns a Web Development Company. Academically he is a Graduate from Dadabhoy Institute of Higher Education Karachi but his sharp skills to produce quality content at regular intervals have poised him as the second runner up in our list.

Ahmed Bilal is an Entrepreneur and Business Consultant from Pakistan. He owns SoccerLens one of the largest soccer blogs with huge readers base across the globe and also owns Football Media an independent advertising agency serving Football Sponsors.

It all started in 2006 when Ahmed Bilal tried his luck being an Internet Entrepreneur and managed to succeed quite well. Apart from being an avid Football fan and his online ventures, he is engaged in providing consultancy services to newly launched start ups and companies helping them out with making more money over the internet.

Muhamamd Mustafa Ahmedzai is a certified SEO Consultant, Computer Engineer, Professional Blogger & an addicted Web Developer. He started blogging in August 2008 just when he completed his GCE A Levels Examination, and was denied a Visa to USA for further higher studies.

Reviewing his projects I would say, he is a very hard working and genius blogger who keeps on inventing new tricks and tweaks on the famous Blogger platform. None the less he has done pretty well in his academic career while living in Pakistan and is a Graduate in Computer Systems Engineering from NED University of Engineering and Technology Karachi.

Apart from Blogging this person is involved in offshore provision of Web Development, Web Designing and Themes Customization services. In a short span of time Muhammad Mustafa Ahmedzai has popped in his project MyBloggerTricks to the Dmoz Web Directory gaining accolades for his fabulous work, earned himself the title of “Premium Adsense Publisher” and is really an inspiration for upcoming Bloggers.

Ali Qayyum is a MBA Graduate from COMSATS University Lahore. He jumped into blogging scene back in the year 2009 when he was curious to learn how people could earn money over Internet.

In his portfolio he has websites like SmashingHub.com a fine resource for designers and Thesofthelp.com his first venture where he shares software reviews and giveaways. He launched his latest website UpTenList that gained a PR3 within one month of launch.
Personality wise Ali is grounded and is someone who helps out young and struggling bloggers despite his tight schedule whenever they reach out to him. Within a short span of time Ali has proved that even ordinary graduates from Pakistani Universities could achieve success if they work harder. Today Ali is in the limelight and a well known name among Bloggers all over the world.

Hamad Dar is a Graduate in Business Administration from Bahria University Islamabad. He is a gaming, music, blogging and social media addict. He jumped into the blogging scene back in the year 2008 when he launched Koolmuzone a Blog covering various updates on Pakistani Music Scene. His other ventures include SmashingLists.

Known as “Bad Server” in Digg community he used to be one of the finest Diggers in Pakistan (before November 2011) and managed to attract over a million unique visitors per month exclusively through Digg on his website. Overall I really admire Hamad’s writing and narrating style and he truly deserves to hold a place in our rankings for this year. 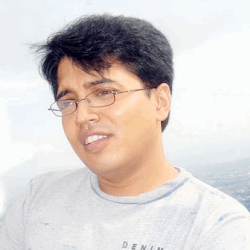 He is an online journalist and owns one of the most prominent Pakistani Telecom and Technology Blog ProPakistani.pk. Instead of following the path of his fellow bloggers he decided to cater the needs of local market and his project turned out to be massive hit within Pakistan.

His blog receives over 90% of the traffic from Pakistan and still manages to earn substantial amount of money out of Blogging. He has a team of professional writers who cover the latest trends and stories happening in Pakistan’s Telecom and Technology Sector. That’s not all, he has a very influential voice and his reviews, criticism, appreciation and insights are highly valued by his readers community.

Though his name won’t ring too many bells among the larger audience, but matter of the fact remains, he is successfully into the business for last couple of years. He is man behind addictivetips.com a technology reviews blog that has huge readership in UK and USA.

He loves to review latest software programs and provides various tips and tricks for Windows 7 and Mac OS X Lion. Academically he is a Graduate from Bahria University Islamabad.

He also tried his luck being an Entrepreneur and launched his own company Jumpshare in mid 2011. Jumpshare is a file sharing startup focusing on making sharing files as easy as sharing photos

Saad Bassi is Professional Blogger hailing from Jahanian near Sahiwal Punjab Pakistan. He is the Co Founder of CrispyTech & Addictive Fonts. His major success is to reside the Editorial Head of 1stWebDesigner one of the leading resources for designers and developers. He is pursuing an undergraduate degree in Software Engineering and loves to lose surplus body weight during free time as a hobby.

It is quite difficult to make such kind of list in these days due to high competetion but this is the ranking based upon
1:Alexa ranking
2:Google pr
3:Seo-moz status
4:Audince recomendations

Till then peace and stay blessed.....!